On September 27, 1922, a group of spirit-filled believers came together to organize Mount Tabor Church in a small storefront building located on Main Street.

This organizing Council came together as Missionary N. W. King led them in devotion. As the meeting proceeded, it was motioned and seconded that Rev. King would be the Chairman of the Council and Rev. P. R. Smith would be the Temporary Clerk. During this session, the church was officially named Mount Tabor Missionary Baptist Church.

After a brief period of time, Rev. P. R. Smith was officially called as the first Pastor. The church grew spiritually and numerically. Under the leadership of Pastor Smith, the church moved to a new site on the corner of LaSalle and Oregon Streets.

In April 1937, Rev. J. P. Bouler was called as the second Pastor of Mt. Tabor. During his tenure, the church continued to grow spiritually and numerically.

Rev. W. J. Glover became the third Pastor of Mt. Tabor on December 11, 1941. He served the church faithfully as it continued to grow.

October 18, 1954 Rev. T.J. James became the fifth pastor of the church. Pastor James was a true leader and a Pastor with a vision. He diligently served and worked in the up building of God’s kingdom through the spread of the gospel and the impact of his strong leadership in moving Mt. Tabor forward, spiritually, numerically and financially. Rev. T. J. James retired as Pastor in June 1988, after 32 years and 8 months of faithful, loyal and dedicated service to the Lord, Mt. Tabor family, the community, as well as on the state and national level. His legacy of divine love, leadership and servitude will forever remain in our hearts.

We were then blessed to have Rev. Harvey Nichols serve as Interim Pastor from August, 1988 until October, 1989. During this time, the church continued through God’s blessings and favor to acquire a new parsonage located at 2423 Grace Street to replace the Pine Street residence purchased earlier.

On October 22, 1989, Rev. Bernard K. Jackson, Sr. was called as the sixth Pastor of Mt. Tabor. During Pastor Jackson’s tenure several ministries were formed and additional properties were purchased. Although Pastor Jackson was with us for a few brief years, the Lord continued to bless our church in growing spiritually, numerically and financially. After the demise of Pastor Jackson, Minister William Cade and Minister Danny Williamson, with the support of our Deacon’s Ministry, continued to help Mt. Tabor to thrive and grow during this interim period. We remained steadfast in prayer as we sought God’s direction and guidance in providing us a new shepherd. We truly thank God for Minister Cade and Minister Williamson’s leadership and devotion during this crucial period in the history of our church.
In 1996, the Lord blessed the church with our current Pastor, Thomas Devoe Leonard. Under his leadership, we continue to grow in the grace, knowledge, and understanding of our Lord and Savior and His Word. Our church continues to grow spiritually and financially with ongoing efforts to improve and maintain our church edifice. In fact, we are most grateful to God for the leadership of our Pastor, Deacons and Trustees Ministry in upgrading our rest-room facilities, roofing, air-conditioning, dining hall, as well as other projects that have taken place throughout the years. Additionally, over the past two years (2015-2016), God has smiled on us once again in

allowing us to obtain, as well as, extensively renovate the property at 2611 West Cypress Street. We give thanks to God for a congregation that works and serves, through prayer, dedication and financial giving, to make these upgrades and increase possible.

This 97th Anniversary gives each of us the opportunity to pray for our continued strength in the Lord. It allows us the opportunity to worship and praise Almighty God for His unmerited favor bestowed upon us over the years. As we keep our focus on God and His Word, we have been blessed to experience growth, strength, honor and joy under the leadership of our former and present shepherds. We truly thank God for His grace and mercy!

Although many of the saints have gone on to be with the Lord, we continue to praise God for having blessed us to have many members that have remained in this fellowship for over 50-75 years.

As God is continuing to minister through the Mount Tabor Church family to be a ‘beacon of hope’ in the West Tampa community, He has begun an Evangelism Ministry within the church family. This ministry, facilitated by Minister Kevin Dennie, is an ongoing ministry that trains members to witness, individually and corporately. Meeting monthly, members are trained and given the opportunity to implement that which they have learned. In our quest for service and outreach to others, God has inspired our Pastor, General Mission, and Congregation to meet needs through our “Manna House” Ministry. It allows us to provide food items and support to our community.

As we celebrate 97 years of spiritual growth in the Lord, we pay homage, respect and humility to those who have shared in this great union over the years and even now! It has been through their devotion, dedication and loyalty to the cause of Christ that we can continue to enjoy the spirit of love, fellowship and unity in truly being the church where Divine Love makes the difference.

To God Be the Glory! 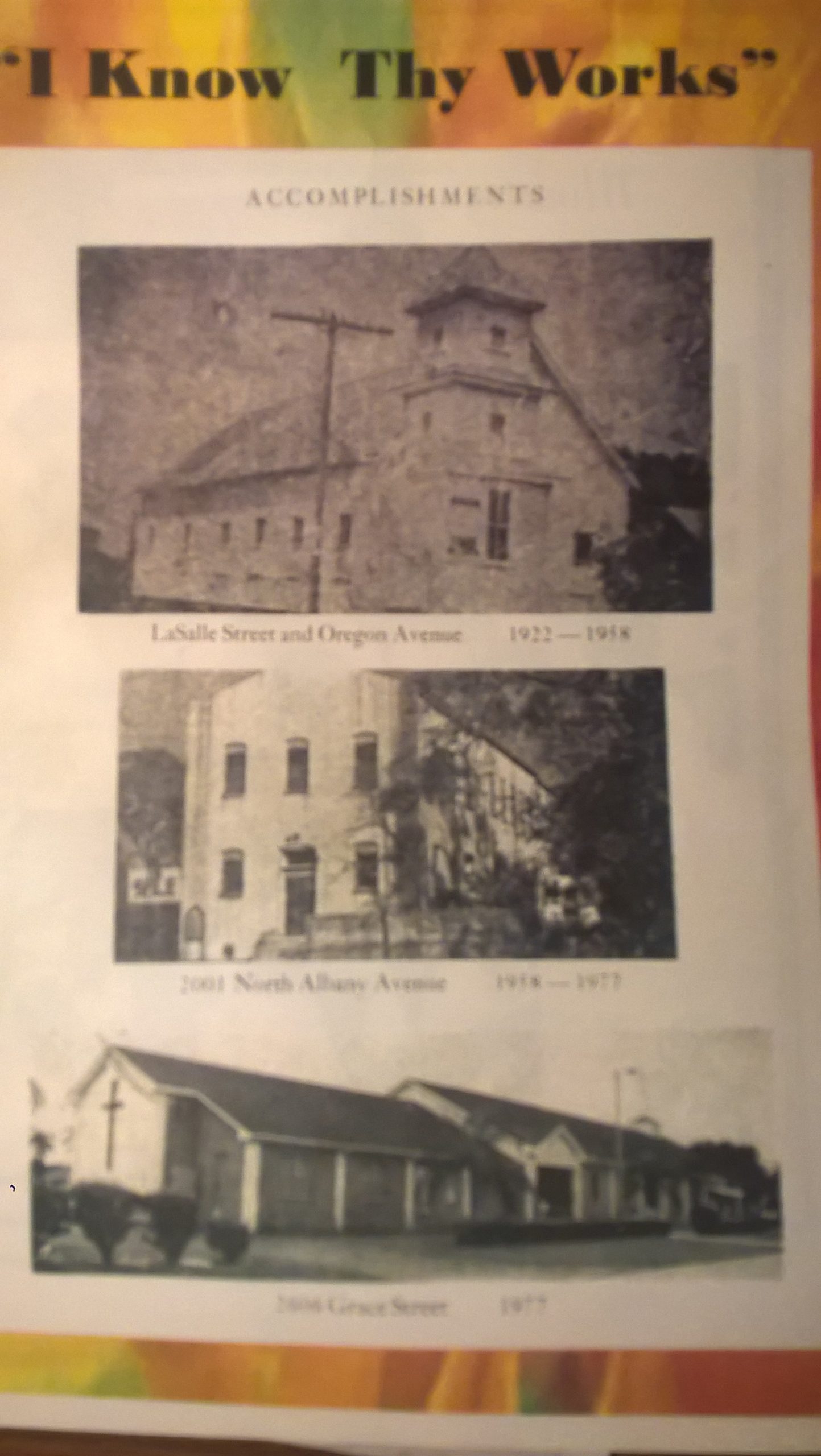